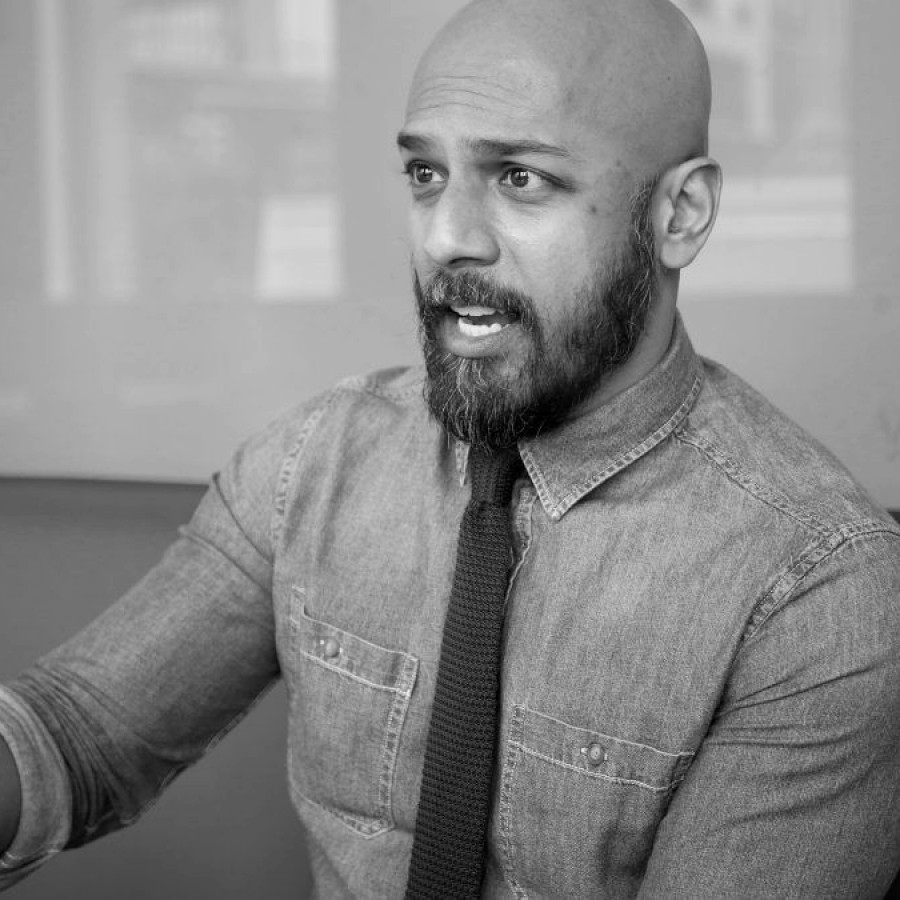 Suresh Raj works as Worldwide Chief Business Development Officer at the PR and marketing agency, Ogilvy & Mather, which employs more than 20.000 employees globally. He grew up in Malaysia, studied and worked in UK og now lives in NYC. Suresh sets himself apart through his inclusive leadership style together with his focus on diversity and support of ethnic minorities. Something he has won several awards for. We feel lucky to have had the opportunity to sit down with him for a very inspiring conversation about leading humans from the future.

Based on all your input regarding the type of leadership needed for the future, which element stands out as the most needed? What do you think is the most important to focus on when discussing future leadership?

– It’s sad to see the world regressing somewhat when you look at the geopolitical state of the world today. It feels like we’ve lost a sense of purpose. And what is indeed, our sense of purpose? I feel we need to go back to the basics. We need to be human again. To acknowledge, love and accept each other for our differences, as well as our commonalities. We need to celebrate and mourn, together. We need to live in peace.

– And when it comes to leadership, no greater character can a leader of the future AND present have, than a heightened and acute sense of humanity.  To lead with humility, to care with tenderness and consideration, to instruct with kindness, to accept with grace and to encourage with pure joy. And only then, I think, can they lead by example.

What do current leaders need the most?

– Ultimately, we are put on this earth to be part of society and a mission greater than us – it’s our greatest calling as humans. It’s hard to exclude that from a corporate world. It’s a fine balance to be in a leadership position, realizing that there are financial goals to be met yet also act with a sense of humanity, especially when you are driven by shareholder agendas. That’s where leaders need to find the greatest balance between responsibility and bravery.

– There’s a picture that I’ve seen which shows a pack of wolves walking in a single file. The weaker wolves were at the head of the pack – helping set the pace within their own strength, the stronger ones made up the middle to provide defence should an attack happen from anywhere around then, whilst the last wolf, walking alone, was the leader. By walking behind his pack, it had a direct line of sight of the pack and would be able to react to assist and defend any member of the pack, ensuring that not one member was left behind. That is significant leadership.

How do humans and companies learn empathy and humanity?

– The world’s population is growing exponentially, and we’re sharing content on social media like never before – which means ideas, ideology and experiences are no longer siloed – they are global.  We are likely to see the concepts of far-right politics (e.g. Trump, Brexit) for the next 20-50 years still, but I like to believe that that’s a dying breed.  There’s an impending wave of the younger generation who are going to bring about a huge change that is both inclusive and without boundaries – be that geographical or ideological.

– Our greatest gift is the gift of humanity, which in turn needs to be nourished by a thirst for knowledge.  Only through knowledge can we be guided to be more understanding and accepting of each other. And that would make us a much more tolerant and happier species.

– Companies must ask themselves if they really are a reflection of what they believe. And if they aren’t, they need to accept that they can’t change their course overnight. It would be like changing the direction 90 or 180 degrees of a supertanker that’s in mid-flow whilst sailing at 80 knots per hour. It would be impossible to do without significant damage to the tankers engines, outer shell etc. Instead, you make steady and gradual changes to ultimately head in the direction you seek to go.

– I don’t necessarily believe in the existence of role models. For me, a ‘role model’ suggests a sense of perfection in that one individual. But to be human is to acknowledge that we are all not perfect. I prefer the concept of real models. Individuals who live real lives, and who acknowledge the reality of their frailty, imperfection but strive to be better for the greater good. Now that’s someone who I would find inspiring. A ‘real’ model.

– The first level of happiness is understanding who you are. The second level is accepting it.

– I believe there is good in everyone, and when you can bring that out, you can help make that individual feel like they have a reason to be.

– I was once told that New York is a fantastic city to be single. Because you can constantly go on dates and never commit. Never need to establish roots and always simply stay on the surface. But would that give us a very surface level view of the people here, never any depth? Is that truly fulfilling?